We still have snow on the ground (and this afternoon a little snow in the air). But there are some sure signs of spring. 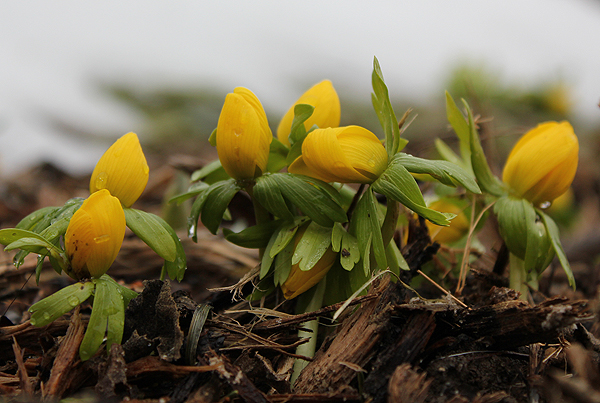 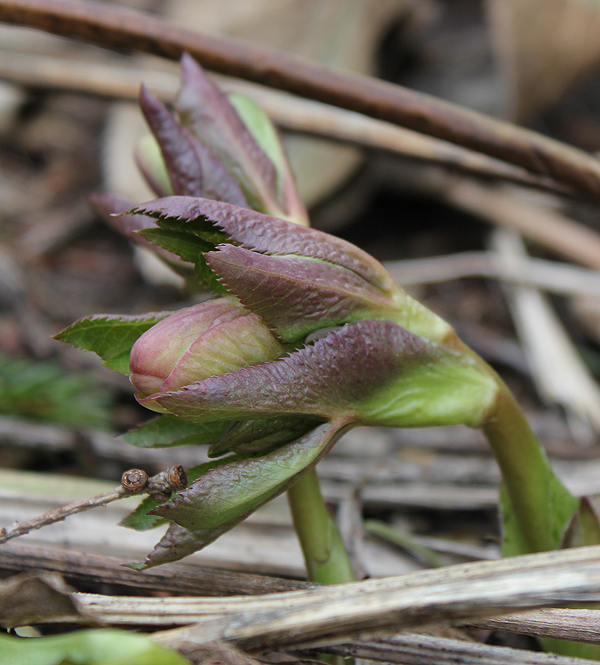 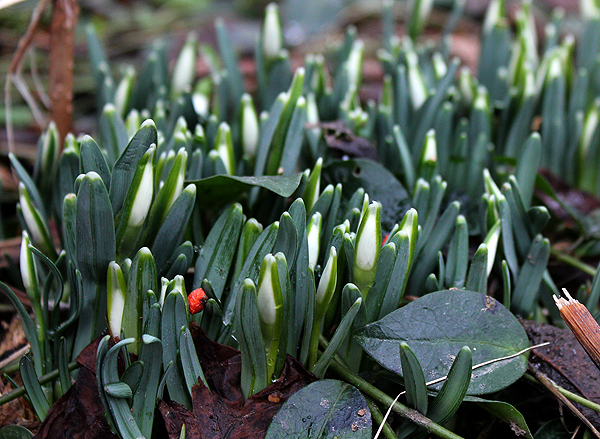 I stumbled out the door this morning with the dogs to find an inch or so of wet snow on the ground. Then we lost power from 6 to 7:15 a.m. Fortunately it got light enough to shoot some pix before we got lights, water and heat back.

The usual scenes for the time-lapse stack…

The grasses went down in some crazy patterns. (They bounced back by the time I got home from work.)

The 12-foot Miscanthus floridulus came down to around 5 feet.

Climate change hit home for me the moment I saw the graphic at right from a 2007 report by the Union of Concerned Sciences. That’s my beloved Upstate New York marching climatically down to Georgia before the end of the century.

Some folks might say, “Great, start planting palms.” But I’m not a big fan of rapid ‘Zone creep’ — particularly when you consider all the other bad things that come along with it, from a post I did back in 2007 (How will global warming affect your gardening?):

It’s uncertain if weather variability will increase along with temperatures. But most models predict fewer but more concentrated precipitation events, causing longer droughts punctuated with bigger storms and flooding. Anomalous frosts early and late in the season despite generally warmer temperatures are also a concern.

For gardeners, adapting to a changing climate may be as simple finding better-adapted tomato varieties or other plants to grow. But for commercial growers, changes are likely to be more involved. “Everyone is going to have to invest some to respond to climate changes,” says Wolfe.

What can you do about it? Most important is to support public policies that will reduce carbon emissions. But there are some other things you can do in your own garden that at least model the kinds of changes we need to make on a global scale:

Please. As much as I’d like to overwinter palms outside, I’d rather move to Georgia to do that — without taking the whole state of New York with me.

The brugmansias and bananas are mush. But I got another image for the time-lapse stack.

Hat tip to Nan for hosting this monthly workshop.

I’ve been shooting a series of images this year from two spots, anticipating that sometime over the winter holidays I’d piece together a video using these directions at
eirikso.com.

So consider this a work in progress, as the best is yet to come — especially the colors on the borrowed scenery of the ridge of the west view. (View high-def versions here.)